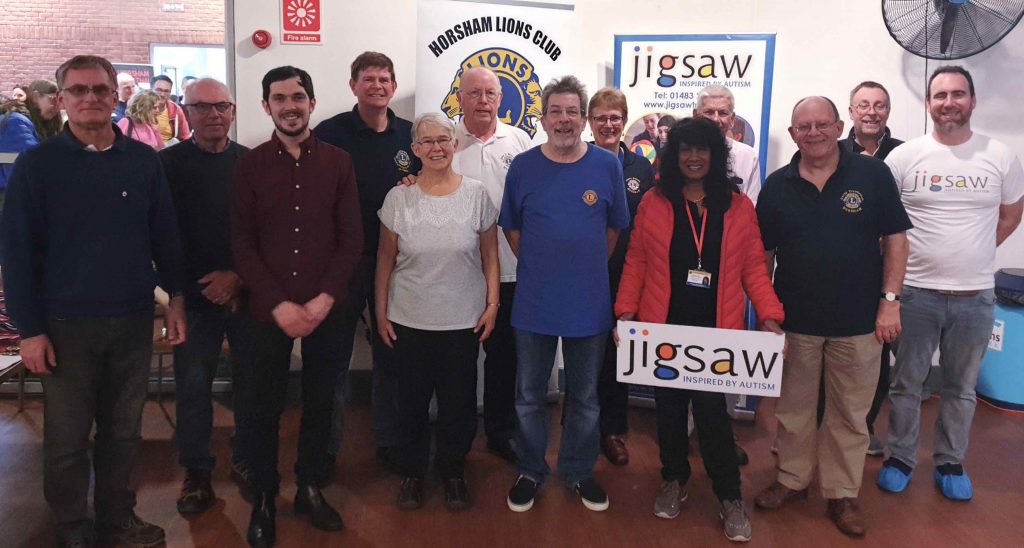 A fantastic charity event with 42 teams comprising 200 swimmers participating in the annual Horsham Lions Swimarathon at Pavillions in the Park recently. Big crowds were in attendance and a number of records were broken!

Jigsaw’s fundraising team of Sam Jones and Robin Legge along with volunteers Naomi Chaning-Pearce and Kate Fowles were there to support everyone on the day and were blown away by the passion and commitment shown by everyone who took part.

Local MP Jeremy Quinn and Chairman of Horsham District Council Peter Burgess helped get the event started and from then on it was an impressive 5 hours of swimming.

Breaking an 8 year record, this year saw a total of 4,320 lengths swum!

Another record saw over £12,000 in sponsorship pledges (50% goes to each team’s chosen charity and 50% to Horsham Lions who will then pass on the profits to Jigsaw Trust)…amazing!

Jigsaw would like to thank everyone at the Horsham Lions Club for their support. This year’s Swimarathon was a testament to how popular and well organised this event is and Horsham is fortunate to have such a committed and altruistic Club on its doorstep.

Back to Latest News